Basil: This sweet smelling herb is called ‘kiss me Nicholas’ in Italy. Also known as the “king of herbs” and the “royal herb.” It is one of the sex drive foods. Basil increases sex drive and fertility. It contains magnesium, iron, vitamin A, B, C, and K. Basil has anti-inflammatory actions that help to reduce swelling in the body and easier the blood flow to all body parts, including those sexual organs we want to excite.

Oysters: Human commonly consumes some kinds of oysters, either cooked or raw. This seafood has a high level of zinc, which helps in testosterone production. Certainly, Zinc is vital as well as a zinc deficiency can show itself in reduced testosterone and sperm count that not well for the sex drive. So, Low level of zinc can cause impotency. Oysters have more zinc than any other food (76.7 mg in 6 medium oysters).

Watermelon: Watermelon can increase sex drive due to Citrulline. The organic compound Citrulline is an α-amino acid. Its name is derived from the Latin word “Citrullus” that means watermelon. Citrulline was first isolated in 1914 by Koga & Odake. A report shows that Citrulline is a precursor to produce nitric oxide, which is a physiological factor in relaxing vascular smooth muscle and erectile organs. So, watermelon is one of the sex drive foods.

Spinach: Spinach is thought to have originated in ancient Persia (modern Iran and neighboring countries). Spinach is a good source of vitamin K, vitamin A, vitamin B2, vitamin C, folic acid, manganese,

magnesium, and iron.  Vitamin K is necessary for maintaining bone health, and it is difficult to find vegetables richer in vitamin K than spinach. Folic acid is perfect for improving blood circulation. So, Spinach is one of the sex drive foods.

Figs: Fig is one of the sex drive foods. When a fig cut vertically seems to resemble sex organ of the female. Figs contain vitamin B1, vitamin B2, calcium, iron, phosphorus, manganese, and potassium and these help to decrease sexual weakness. This food has various religious references.

Garlic: Garlic has allicin which improves blood flow to organs. So, if there is not enough blood going to your groin there surely create some problem that disrupts to erection. A study also shows that garlic can stimulate the production of nitric oxide synthase, which is responsible for the erection. So, garlic is one of the sex drive foods.

Bananas: Bananas are sources of vitamin B and C and also potassium, manganese, and dietary fiber. Vitamin B and potassium help to increase sex hormone production in the body. A banana contains Bromelain, which increases the testosterone levels. High levels of sugar present in banana give energy, which helps to last longer during sex. Like other sex drive foods banana may improve your sex drive.

Chilies: From bell peppers to the red chilies, all are considered aphrodisiacs. Chilies contain capsaicin, which helps to increase heart rate, metabolism, blood flow, and sweat. All these symptoms occur while having sex. So, this is one of the reasons for calling it an aphrodisiac. Capsaicin also helps in releasing endorphins and stimulates the nerve endings which makes which increases the pulse and makes the body sensitive. Like other sex drive foods banana may improve your libido. 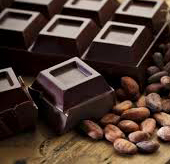 Dark Chocolate: In dark chocolate, the phytochemicals could improve blood flow to all the parts of your body, including the brain and the sex organs, which is a major component of arousal. Chocolate contains an important chemical compound called phenylethylamine that can create euphoria by releasing dopamine. Dopamine is a neurotransmitter that surges during orgasms. It is one of the sex drive foods. 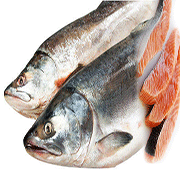 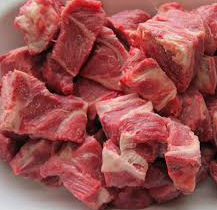 Meat: Meat is animal flesh that is eaten as food. This sex drive food may improve your libido. Meat is very high in protein, containing all of the essential amino acids. It is a good source of vitamin B6, vitamin B12, riboflavin, zinc, selenium, phosphorus, vitamin K, niacin, choline, and iron.

In conclusion, most folks think ‘chocolate’ as aphrodisiac but, in some case, chocolate makes female tired and temporarily lowers their sex drive. Fried Foods, Microwavable Popcorn (anti-aphrodisiac foods), etc. should avoid every day because they reduce sex drive. Leave a comment about this article Sex Drive Foods: Best Foods to Increase Sex Drive.

You may also read: Vitamins and Minerals for Immune System