Agonist (sometimes called full agonist) is a molecule or chemical compound that can bind to a receptor and activates the receptor, thus producing a biological response. It may be drugs or endogenous substances such as neurotransmitters, hormones, etc. Agonist (full agonist) shows intrinsic activity of 1. For example, Morphine mimics the action of endorphins at opioid receptors, here Morphine is an Agonist.

Simply, an agonist is a drug that binds to and activates a receptor and produces a biologic effect [1].

What is Partial Agonist?

Partial Agonist is a molecule or chemical compound that can bind to a receptor and weakly activates the receptor, thus producing a submaximal biological response. It has the property of affinity but has less intrinsic efficacy than a full agonist. Partial agonist shows intrinsic activity greater than 0 but less than 1. For example, Buprenorphine is a partial agonist at the μ receptor.

In other words, an agonist that is not capable to produce a maximal response is known as a partial agonist [2]. 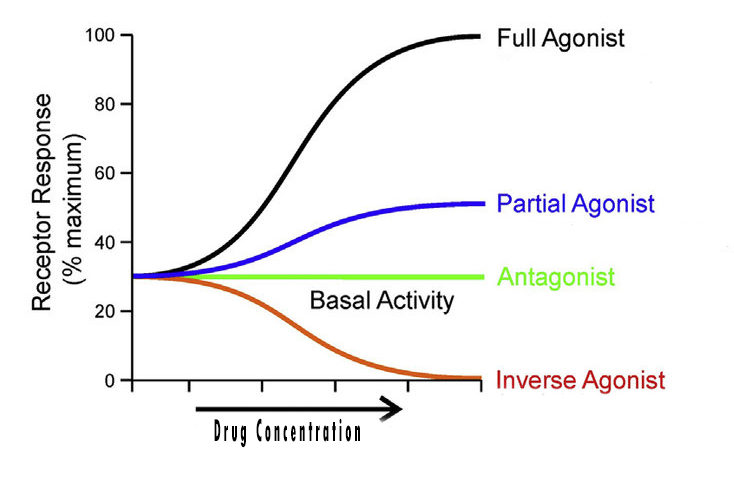 Figure 1. Theoretical dose-response curves for different types of actions of drugs at receptors

Antagonist is a molecule or chemical compound that can bind to a receptor but unable to activate the receptor, thus produce no biological response. It just occupies the receptor site and preventing binding agonist, thus blocks the action of an agonist [3]. Atropine blocks the action of Acetylcholine (Ach) in mAChR (Muscarinic Acetylcholine Receptor). Here, Atropine is an Antagonist. Also, Antagonist shows zero intrinsic activity.

Antagonists bind with receptor but produce no activation of the receptor and hence block responses from the tissue [4].

What is Inverse agonist?

Inverse agonist is a molecule or chemical compound that can bind to the same receptor site as an agonist and produces a biological response opposite to that of the agonist i.e. exhibits negative efficacy. For example, Flumazenil produces an anxiogenic effect at the GABA (Gamma-Aminobutyric Acid) receptor. Here, Flumazenil is an inverse agonist.

In other words, an Inverse agonist is a molecule or chemical compound that can bind to a receptor but rather than producing an activation, it will lead to a deactivation that means decrease the baseline activity of the receptor.

Inverse agonist is a molecule or chemical agent that binds with a receptor and decreases the baseline activity of the receptor, which in turn produces a reverse effect that of binding of the agonist [4].