Problems in tablet manufacturing are related to imperfections in any one or more of the following factors:

Common problems in tablet manufacturing are discussed below one by one:

Capping: Capping is either partial or complete separation of the top or bottom crowns of a tablet from the main body of the tablet during ejection of tablet press or during subsequent handling.

It is due to

Lamination / Laminating: Lamination is the separation of a tablet into two or more distinct horizontal layers. It is due to

Cracking:  Small, fine cracks observed on the upper and lower central surface of tablets, or very rarely on the sidewall are referred to as cracking. It is due to the rapid expansion of tablets when deep concave punches are used or large size granules or too dry granules. Weight Variation: Weight variation is a problem due to unequal size and distribution of the granules or poor flow of granules from the hopper to die through feed frame.

Hardness Variation: Hardness of tablet does not remain constant but it has a limit. Hardness variation is a problem due to unequal size and distribution of the granules or improper drying of granules or poor flow of granules from the hopper to die through feed frame.

Chipping: Chipping is the breaking of tablet edges during the press process or during the subsequent handling and coating. It is due to very dry granules or sticking on punch faces or too much binding. Sticking: Sticking is the adhesion of tablet material to the die wall. It is due to the excess moisture in granules or improper lubricants or too much binder or hygroscopic granules material. Filming is a slow form of sticking and is largely due to excess moisture in the granulation.

Picking: Picking is a condition where a small surface of tablet material is removed by the punch and adheres to the surface of the punch face. It is due to improper drying or improper lubricant or too much binder or rough punch face. Binding: Binding is the condition where a tablet adheres, seize or tear in the die or a film is formed on the die area and hindered the ejection of the tablet. It is due to excessive binder or too moist granules or improper lubricant or rough die.

Mottling: Mottling is an unequal distribution of color on a tablet, with the appearance of light and dark areas on it. It is due to improper mixing or using a color drug along with colorless/ white excipients. Double Impression: Double impression is machine related problem where a monogram or engraving shape or break line appears twice on the tablet surface. It is due to the free rotation of the punches having some engraving on their faces. 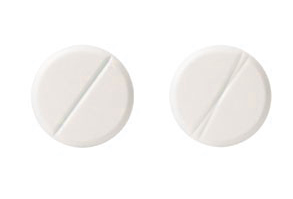